At least 26 defendants in eastern Texas had their convictions vacated after a chemist at the Houston Regional Crime Laboratory was found to have engaged in dry-labbing and poor testing practices. 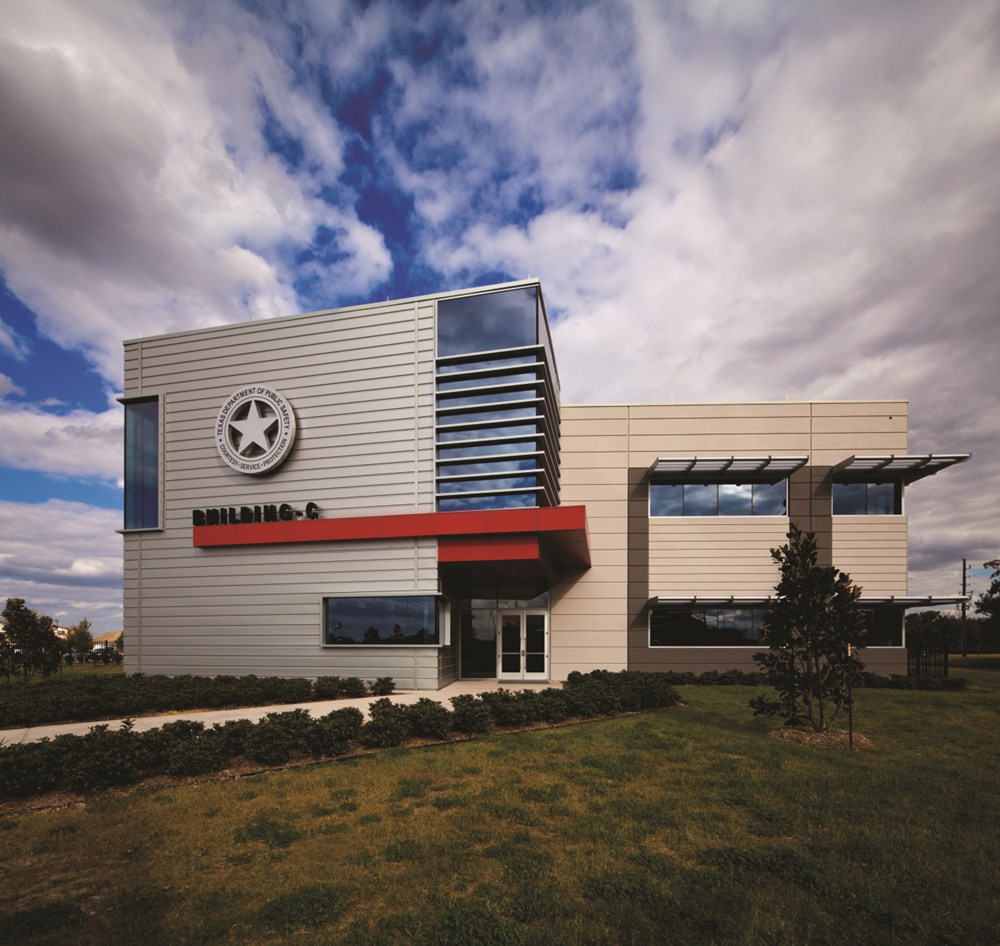 A co-worker discovered the misconduct of Jonathan Salvador, who analyzed drug samples, on January 26, 2012. The chemist had gone to use Salvador’s gas spectrometer because of problems with his own machine. Salvador was not at his workstation, and the other chemist noted that Salvador had just run a sample of Alprazolam, the generic name for Xanax.

When the chemist went to locate the sample’s vial, he found a mismatch between the number of the sample and the number of the vial in the tray, leading him to believe that Salvador’s actions were deliberate, rather than just a clerical error. That vial also contained Alprazolam and had been tested earlier.

The chemist pulled the records on both samples. It appeared that Salvador had trouble testing the latter sample, but not the earlier sample. The chemist raised his concerns with a colleague, and they agreed to see whether Salvador corrected his mistake during a review process. He didn’t. Salvador used the testing results from the second sample with the first sample. The chemist then notified a supervisor. The supervisor conducted his own tests, which confirmed their suspicions of Salvador’s actions.

On February 3, 2012, the supervisor removed Salvador from casework. Three days later, he called the Texas Rangers and the state’s Office of Inspector General. They began an internal investigation. The state suspended Salvador on February 10, and he resigned August 6, 2012.

The regional crime lab, which is part of the Texas Department of Public Safety, analyzed drug samples in 36 counties in East Texas, including Harris County (Houston) and its suburbs. Salvador had worked for the lab since 2006, and he had been an analyst on 4,944 cases, analyzing 9,462 pieces of evidence.

Initially, the investigation focused on the Alprazolam incident. Rangers interviewed Salvador on April 17, 2012. According to a report released in 2013, the Rangers described Salvador as defensive and “unable to provide a consistent, plausible reason explaining why or how the evidence from file L2H-222403 (the earlier sample) ended up being used to generate the results report which was submitted for file L2H-222396.”

Salvador conceded that he might have made a mistake but denied intentional wrongdoing. The Rangers disagreed and forwarded their findings to the Harris County District Attorney’s office, which presented the case to a grand jury. The grand jury returned a no-bill of indictment, and the criminal case was closed on September 12, 2012.

Separately, the crime lab told prosecutors and law-enforcement agencies about the problem. The first letter, dated February 21, 2012, said there was a discovery of a “procedural analysis violation on a single case by one forensic scientist.” It said that while there was no indication of additional violations, the lab would reanalyze Salvador’s work from the previous 90 days “out of an abundance of caution.”

In an email sent on April 26, 2012, the manager of the crime lab said that a review of 100 of Salvador’s most recent cases uncovered errors in two of his cases. “We believe it is prudent to review his entire body of work since he began examining evidence in 2006,” the manager wrote.

Much of the evidence analyzed by Salvador had been destroyed after the criminal cases had been resolved. But a substantial retesting and reexamination of his work found extensive problems, mainly with documentation and the weights of samples. On various occasions, he failed to identify psychedelic mushrooms in a sample, mistook cocaine base for cocaine, and identified a sample as marijuana when it was not.

The investigation by the Texas Forensic Science Commission into the lab’s operations showed that Salvador struggled with his work for years. His record reflected low productivity and a high error rate.

Salvador’s high error rate caused the drug section supervisor concern, which he shared with the laboratory director… The drug section supervisor described his attempts at 'compassion' toward Salvador because despite his limitations, Salvador’s attitude was always positive, he accepted redirection, and was a valuable member of the laboratory—often volunteering for routine tasks and duties that other examiners preferred to avoid. It was clear management made good-faith efforts to help Salvador improve, and were completely shocked that Salvador would ever use evidence from one case to support the results in another.

Despite his poor performance, the lab promoted Salvador. Lab managers told investigators that such promotions were standard, unless an employee was inept.

The report also highlighted another critical issue in why Salvador’s marginal performance had not forced more aggressive action. At the time, the report said, the lab operated under tremendous budgetary constraints. “The under-resourcing of the crime lab has also impacted management’s staffing decisions,” the report said. “Terminating an employee means hiring and training a replacement, which takes many months and is difficult to bear when the laboratory is already understaffed.”

The three counties with the largest number of potential defendants were Montgomery (1,287 cases), Galveston (849 cases), and Harris (327 cases) counties.

Each county’s prosecutor took a different approach to resolving the cases. In Harris County, the district attorney sent letters to affected defendants that informed them of the situation and referring them to the county’s public-defender office. In Montgomery County, the district attorney opted for retesting in all cases where the evidence still existed. It also prioritized cases where defendants were either in prison or had served a sentence. In Galveston County, the courts also appointed specific defense counsel to assist defendants with the writ process. The Galveston County District Attorney also adopted a general policy to dismiss charges in cases where no evidence was left to test or where evidence was ever left in Salvador’s custody.

The other counties, mostly smaller and without the same resources, worked with the Texas District and County Attorneys Association, the Texas Criminal Defense Lawyers Association, the Texas Commission on Indigent Defense, and the Innocence Project of Texas to develop a model notice letter. The Innocence Project and the criminal lawyers’ association then worked together to recruit attorneys to represent defendants in court pleadings that sought to vacate their convictions.

Despite the vast number of cases handled by Salvador, few defendants saw their convictions vacated. Precise numbers aren’t available, but the total is believed to be fewer than 30 defendants. Twenty-five have been identified through public-records searches.

Initially, in 2013, the Texas Court of Criminal Appeals quickly granted nearly 20 writs of habeas corpus for defendants, ruling for relief in cases where the evidence had been destroyed but also in cases where there was still evidence to test. Most of these were from Galveston County, which would ultimately account for 19 of the 23 writs granted through the appellate process.

In a ruling in March involving a defendant named Patrick Hobbs, the court wrote: While there is evidence remaining that is available to retest in this case, that evidence was in the custody of the lab technician in question. This Court believes his actions are not reliable; therefore, custody was compromised, resulting in a due process violation. Applicant is therefore entitled to relief.

On June 5, 2013, the Texas appellate court granted a writ of habeas corpus for a defendant named Leroy Coty, who had been convicted of possession of cocaine and sentenced to 10 years in prison. The court used the same language in the Hobbs ruling.

But three weeks later, the court withdrew this writ and ordered further filings on whether there should be a presumption of a due-process violation in cases where Salvador handled the evidence.

On January 15, 2014, in a new ruling on the Coty case, the court established a different process, stating that it would no longer presume “materiality and falsity” based simply on Salvador’s misconduct in other cases. Instead, the court outlined a five-step process for defendants seeking relief in the Salvador case and for similar cases that might come later.

In its ruling, the appellate court appeared to be trying to correct itself, writing: "We now recognize that it is not appropriate to presume error and materiality in every case on which Salvador worked. We believe the better method for resolving these claims is to allow an applicant to shift the burden of the falsity issue to the State if the requisite predicate is proven, but the burden of persuasion with respect to materiality will always remain with the applicant."

The court denied Coty’s writ in June 2014, and the court’s January ruling would sharply limit the number of applicants who met the criteria for relief. Since the ruling, only five writs have been granted, with the most recent granted in 2020. In the case of Charles Hosea, for example, the court overturned his conviction on June 2014 because his case met all five prongs and the evidence from his 2006 conviction had been destroyed.

According to records from the Texas State Comptroller, no defendant has received compensation for their wrongful convictions.

Known Members of this Group

Here are the names of known defendants who had their convictions vacated and charges dismissed based on misconduct in this case. Because court records are incomplete, this list may not include all members of this group.

To report an error or add more information about this case, click here or email info@exonerationlist.org
Posting Date: 01/13/2021
Last Updated: 01/13/2021