More than 250 defendants in Philadelphia had their convictions vacated after a police officer admitted he had lied during a pre-trial hearing and in other court proceedings. 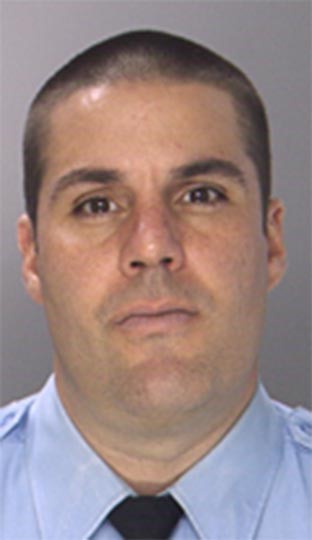 The vacations and dismissals happened after Officer Christopher Hulmes of the Philadelphia Police Department was arrested in 2015 and charged with perjury and related crimes based on previous false testimony.

Hulmes spent most of his career as a member of the city’s narcotics squad. In December 2011, he testified before Judge James Lynn in a suppression hearing in the Philadelphia Court of Common Pleas.

The case involved a defendant named Arthur Rowland, who had been charged on May 7, 2010, with several drug crimes. At the hearing, Hulmes testified that he had altered and lied to a magistrate about several sections of the search warrant application, including when he allegedly set up surveillance and also what he observed prior to the arrest. He said he had lied to protect a confidential informant. “I changed it,” Hulmes testified, according to Philadelphia City Paper, adding that he had moved by three hours the time he allegedly set up surveillance of a suspected drug corner. It was one of several false statements in the application. “I told you, I concealed (my informant’s) identity. I changed the times. I changed the times because I did not want him hurt or harmed in any way.”

It also came out at the hearing that Hulmes had done more than falsify his search-warrant application to protect the identity of a confidential informant. He had also searched Rowland’s car before getting a warrant, lied to a fellow officer when he said that Rowland had given consent, and had the car moved before the search, in violation of department policies.

On January 24, 2012, Lynn granted Rowland’s suppression motion. The charges against him were then dismissed.

According to a later reporting in City Paper, Lynn said in his ruling that Hulmes had “forthrightly testified to the Court that he lied consistently throughout to the issuing magistrate and that he lied at the preliminary hearing and that he lied to his K-9 officer, all because he was trying to protect the identity of the confidential informant.”

But those intentions didn’t matter, Lynn said, and he criticized the district attorney’s office, stating “You cannot put an officer on the witness stand who is going to say ‘I lied to an issuing magistrate.’ You cannot do that.”

The assistant district attorney present for the hearing said she would review the issue with her supervisors. Although Hulmes’s statement and Lynn’s subsequent ruling were both made in open court, the incident did not immediately become widely known among defense attorneys and only slowly trickled out into the city’s legal community.

Almost two years later, in December 2013, an attorney for Terrance Clark filed a motion that referenced Hulmes’s perjury. A.J. Thomson, the assistant district attorney prosecuting the case, read the motion with disbelief. He would later say that he told his supervisors the case couldn’t go forward. They reassigned it to another prosecutor. In July 2014, the district attorney’s office fired Thomson. He said it was retaliation for his objection to the office’s continuing use of Hulmes (The district attorney’s office said they dismissed Thomson for unrelated issues.).

Thomson brought his story first to the Federal Bureau of Investigation and then to City Paper. It published a story in August 2014 about Hulmes’s perjury, the district attorney’s continued reliance on him as a witness, and its failure to provide defense attorneys with information about the officer’s misconduct, as required under the U.S. Supreme Court’s ruling in Brady v. Maryland.

After the paper published the story, Hulmes was reassigned to desk duty but remained on the witness list. A few weeks after his reassignment, Hulmes was allowed to testify – over the objection of the defense – in the bench trial of a man charged with dealing heroin. On the witness stand, Hulmes again asserted that he had lied in 2011 to protect the identity of a confidential informant. The man was convicted. Eventually, Hulmes’s misconduct became more than just a legal issue for defendants charged with drug crimes. Philadelphia police arrested Hulmes on April 23, 2015, and the state charged him with perjury, tampering with police records, and four related charges. At the time of his arrest, prosecutors said they were not sure why information about Hulmes’s perjury had not been properly shared and disclosed.

“It wasn’t brought to the attention of everyone it should have been brought to in the office” in 2011 and 2012, First Assistant District Attorney Ed McCann told the Philadelphia Inquirer. “It’s not a good moment for us at all. It’s far below what our expectations are, in terms of how to handle these types of situations and this type of evidence. This is something we should have acted on three years ago, without a doubt.”

Hulmes pled guilty to the charges on June 17, 2016. He was allowed to enter a pretrial diversion program for first-time offenders under the condition that he not try to rejoin the police force. (He had been fired after his arrest.) Other Philadelphia officers who had been fired for misconduct after arrests won their jobs back following acquittals, and prosecutors said the deal with Hulmes ensured he would never wear a police uniform again.

In the wake of Hulmes’s plea, the Defender Association of Philadelphia, which is the city’s public defender office, began filing motions to review convictions where Hulmes was the principal officer. The time frame covered in the motions was from the 2011 court statement to the time of his arrest.

A typical motion filed by the association seeking relief says, in part: “If this Court or a jury had been aware that Officer Hulmes was, for example, lying about the drugs, about the confidential informant or other matters in this case and in others, this Court or the jury would likely have found petitioner not guilty. Alternatively, if this information were known, petitioner would not have pleaded guilty.”

Presently, more than 250 defendants have had their convictions vacated and charges dismissed. Almost all the convictions were for drug possession or distribution. Gilbert Narvaez, for example was sentenced to between three and eight years in prison for three drug-related offenses before his charges were dismissed in 2015. Ezequiel Cepeda, like many defendants, pled guilty to possession of narcotics in 2013 and served his entire prison sentence before his exoneration in 2018.

Gilbert Narvaez was arrested on April 10, 2011 after several Philadelphia police officers, including Hulmes, said they saw him engage in drug transactions with two other men. The officers said they found packets of heroin stamped “Super Strong” on the two other men but didn’t find any drugs on Narvaez when they patted him down. Narvaez denied any involvement and said he was in the area visiting his girlfriend. The officers then took Narvaez to a nearby hospital, where he was strip-searched. Again, no drugs were found.

Narvaez’s trial in the Philadelphia Court of Common Pleas was in September 2012. Hulmes testified about the events surrounding the arrest, describing the movements and actions of Narvaez and his two co-defendants in the moments before the arrest. Narvaez was convicted of two counts of possession of a controlled substance and sentenced to between three and eight years in prison. He appealed his conviction, arguing that the state had never firmly established that he possessed drugs.

The Superior Court of Pennsylvania rejected his appeal in 2013. It wrote: “The record belies Appellant’s characterization of the evidence … Not only did the police officers observe the sales, they maintained surveillance on the buyers and apprehended them with the narcotics in close proximity to the purchase.”

In May 2015, less than a month after Hulmes was arrested and charged with perjury and related crimes, a judge vacated Narvaez’s convictions. The charges were then dismissed by the District Attorney. According to a civil-rights lawsuit that Narvaez filed against Hulmes and the city of Philadelphia, the “District Attorney’s Office nolle prossed the foregoing convictions since, at the time Plaintiff was sentenced, the District Attorney knew that Officer Hulmes was falsely testifying and did not reveal this to defense counsel.”

Ezequiel Cepeda was arrested on April 14, 2013 after Hulmes and other officers said they had seen him engage in a drug deal. He was charged with several drug-related crimes, although police found no drugs on him during a search. Cepeda would later claim that the officers lied in their reports about what they had observed and omitted exculpatory evidence. Without these falsifications, Cepeda said, there was no probable cause for arrest.

Although Cepeda said he was innocent, he pled guilty on November 19, 2013, to several drug crimes and was sentenced to between 1 and 3 years in prison and 3 years of probation. After his release, Cepeda was found to have violated the terms of his probation, and he was returned to prison for up to 23 additional months.

In June 2015, shortly after Hulmes was arrested, Cepeda’s attorney filed a motion to have his conviction vacated. It took nearly 3 years, but on March 13, 2018, the charges were dismissed against Cepeda. All told, he spent 4 years in prison.

More than 30 defendants, including Narvaez and Cepeda, have filed lawsuits in U.S. District Court for the Eastern District of Pennsylvania, seeking damages against Hulmes and the city of Philadelphia. There have been no known settlements.

To report an error or add more information about this case, click here or email info@exonerationlist.org
Posting Date: 03/3/2020
Last Updated: 03/3/2020