Three officers with the East Cleveland Police Department committed a wide range of misconduct that led to the wrongful convictions of at least 43 people in this city in northeast Ohio. 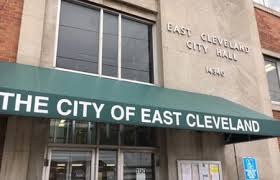 East Cleveland police officers raided his grandmother’s home without a warrant, seized $100,000 and kept $30,000. “I always took it on the chin when I got arrested for something I know I did. But when a cop lies to get you in prison, that’s a different story,” said Kenneth Blackshaw, who was arrested in a 2013 traffic stop and spent two years behind bars.

He told NBC News in an interview, “A person like myself doesn’t stand a fighting chance for his freedom when he stands accused of something he didn’t do.”

Blackshaw was first stopped during a traffic stop on May 15, 2013. A month later, on June 20, Moore, Jones and Malone raided Blackshaw’s grandmother’s house without a warrant. After getting inside, they came to a room with a padlock and forced their way in, discovering $100,000 in cash. Malone seized the money, but kept $30,000 that he later split with Jones and Moore. Later, after a question arose about what had happened at the residence, Malone adjusted his report to say that one of Blackshaw’s relatives had opened the room and that the amount of seized cash was only $74,670. Blackshaw pled guilty to a trafficking offense and was sentenced to five years in prison. His conviction was vacated on February 24, 2016.

East Cleveland police officers lied when applying for a warrant to search his home. On August 22, 2013, Moore applied for a search warrant for the residence of Hosea Lock. She said falsely that a confidential informant purchased cocaine from Lock, who ran a small construction company. The court approved the warrant, and Lock was arrested that day and charged with trafficking and other offenses. Malone lied about the informant’s existence four days later when an assistant prosecutor asked for details on the informant. Lock, who had struggled with addiction issues and had previous arrests, pled guilty in March 2014. He was given probation after filing a sentencing memorandum asking for leniency and taking responsibility for his actions. Cuyahoga County prosecutors filed a motion to vacate his sentence on Jan. 8, 2019.

All the East Cleveland defendants, including Jeffrey Brown, pled guilty. Many had prior criminal records. Although attorneys for several of the defendants filed initial motions to suppress the state’s evidence, in the end they and their clients realized that these criminal records made it unlikely that judges or juries would believe them over police officers.

East Cleveland police officers seized money and goods from a cash register and apartments while executing a search warrant. The defendant alleges they stole money and jewelry worth $80,000. On November 5, 2013, Malone and another officer pulled over Jeffrey Brown just outside the store he ran in a small apartment building that his girlfriend owned. Brown had several previous convictions for drug trafficking. The officers produced a search warrant that said a confidential informant observed a drug transaction at the store. The officers brought Brown inside, searched him, and then searched the store and apartments. The officers took a key from Brown that opened a house in the nearby town of South Euclid. They had a search warrant for that property as well, and Malone and Moore searched the house. The officers reported that they found 158 grams of marijuana in 83 bags at the store. Brown faced four counts of trafficking and related offenses. In a motion, he claimed the search warrants were unconstitutionally vague, but the court never ruled on the motion. Brown pled guilty on April 28, 2014 and received five years in prison. After his conviction, surveillance videos were found that showed the officers seized money and goods from the cash register and the apartments during the execution of the search warrant, removing their haul in black bags. Brown claimed in a civil lawsuit that they stole nearly $80,000 in cash and jewelry from him during their searches of the apartment building and the house in South Euclid. Brown’s conviction was vacated on December 29, 2016, in part because the video footage showed that no marijuana was found at the store. During the hearing, Cuyahoga County Prosecutor Timothy McGinty credited the vacation to the video provided by Brown’s attorney, Terry Gilbert.

“Mr. Gilbert supplied the evidence that showed his actual innocence," McGinty said. "They have a video recording of the store on 131st where he worked and the police claim that they retrieved 83 bags of marijuana at this dealer, at the store of the defendant, and the film showed no such thing. There was not 83 bags. There is nothing but money taken by these thieving police officers.”

The Federal Bureau of Investigation initiated a probe into the conduct of the three officers on January 28, 2013. Public records do not make clear what triggered the investigation, although they apparently received cooperation from a drug dealer named Mark Makupson. East Cleveland police officers arrested at least eight of the defendants after the FBI investigation began but before the FBI informed Officer Malone of the probe and showed him pictures of possible victims. At the time, Officer Malone was facing a charge in state court for unauthorized use of property. He thought that the FBI’s interest stemmed from that case, which was ultimately dismissed.

On March 13, 2015, a week before the state dismissed the charge, the FBI handed Malone a so-called “target letter,” naming him in an ongoing federal grand jury probe. Jones received a similar letter on April 22, 2015. The FBI summoned Moore for questioning two days after Jones received his target letter, but did not issue a target letter in her name.

Previously, Moore faced allegations of misconduct from the county in May 2005. She was acquitted at trial after facing aggravated charges of robbery, theft, and tampering with evidence. Prosecutors said that she and another officer had shaken down a group of teenagers by planting crack cocaine in their vehicle and demanding $600 from the teens to avoid arrest. 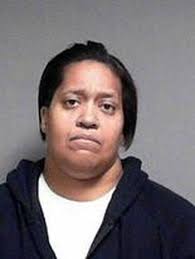 On October 7, 2015, Moore was indicted on five counts, including theft and conspiracy. The indictment against her alleged that she was untruthful in her responses to the FBI’s questions. Jones and Malone were both charged the following day with two conspiracy counts apiece.

The FBI also received assistance in its investigation from a man charged with drug dealing who paid Malone $3,000 to avoid arrest when he was out on bond. The extortion was recorded and figured prominently in Malone’s indictment.

At Moore’s sentencing hearing, she said that at the time of the "misconduct, she was depressed, drinking too much, and dealing with a major medical issue. It was an explanation, not an excuse.

"In 2011, I became a contradiction of my entire career, my life — becoming who I swore to protect society from,” she said.

Prior to the officers’ sentencing, only three of the people wrongfully convicted had been cleared. But by the end of 2016, the Cuyahoga County Prosecutor’s Office, working with the public defender’s office, said it had identified more than 40 men and women who would have their convictions vacated by judicial order in Cuyahoga County Common Pleas Court. The prosecutor’s office has not provided a precise list.

Only one of the former defendants is known to have received compensation for his wrongful conviction. In July 2019, East Cleveland agreed to pay Walter Derrico $40,000 in compensation. According to his complaint, Moore, Jones and Malone approached him in an unmarked car on October 2, 2012, as he stood outside a house talking to friends. They slammed him to the ground and asked him where the dope was. They had no warrant but searched the house, then took $850 from Derrico but only reported $340. Derrico was charged with possession and trafficking. Derrico had previous convictions for trafficking and rather than risk a trial, he pled guilty on February 4, 2013 and was sentenced to four years in prison. His conviction was vacated on February 1, 2017.

The attorney who represented Derrico in his lawsuit against the officers and East Cleveland said that one reason the settlement was so low was that East Cleveland officials used their city’s dire fiscal condition as a defense.

Many of the other defendants are barred from receiving compensation for their wrongful convictions through the Ohio Court of Claims. State law denies compensation in cases where applicants pled guilty.

To report an error or add more information about this case, click here or email info@exonerationlist.org
Posting Date: 08/9/2019
Last Updated: 08/9/2019