Judges vacated over 90 convictions and dismissed charges in drug cases in Brooklyn, New York, after the detective involved in those cases was indicted on perjury and misconduct charges in Manhattan. 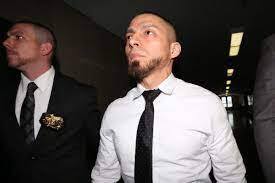 In late 2017 and early 2018, Franco made three arrests, each involving a purported drug transaction. In the case of Tameeka Baker, for example, Franco recorded in his arrest report and testified before a New York County grand jury that he had seen Baker sell drugs to another man in the lobby of a building in lower Manhattan on June 15, 2017. That man, Franco said, then sold the drugs to an undercover officer. One month later, Baker pled guilty in New York County Supreme Court to selling drugs. She was sentenced to four years in prison.

Franco made similar allegations in the cases of Turrell Irving and Julio Irizzarry, who also pled guilty to drug crimes in 2017 and 2018.

In 2018, the New York County District Attorney’s Office opened an investigation into Franco after a review of lobby video surveillance showed that Tameeka Baker entered the lobby with another man, went past the elevator bank to a staircase in the rear of the lobby, and disappeared from sight. The video did not show any drug sale in the vestibule of the building as Franco claimed in his reports.

An examination of video surveillance in the other two cases also undermined Franco’s testimony and arrest reports. New York courts exonerated Baker and Irizzarry in 2018 and Irving in 2019. Baker later filed a civil-rights lawsuit against Franco and the New York Police Department in the U.S. District Court for the Southern District of New York.

After the indictment, the Legal Aid Society of New York called for Vance and Bronx District Attorney Darcel Clark to conduct more extensive investigations into Franco’s conduct. “It should not be lost on us that the disgraced detective has framed at least three individuals that we know of, and more significantly, that those individuals pleaded guilty to crimes that they absolutely did not commit,” said Tina Luongo, the attorney in charge of Legal Aid’s criminal-defense practice.

Three months later, a New York County grand jury added 10 additional counts of perjury and related charges to Franco’s original indictment, based on his conduct in two other cases. Information about those defendants is not public.

The criminal charges have not been resolved, but the police department fired Franco on April 21, 2020, after a departmental trial.

Separately, the Kings County District Attorney’s Office began its own investigation into Franco’s work in Brooklyn. On April 7, 2021, District Attorney Eric Gonzalez said that his office would ask judges in both Kings County Supreme Court and Kings County Criminal Court to vacate 90 convictions and dismiss the underlying charges in cases where Franco was considered an essential witness to the alleged crime.

Supreme Court Justice Matthew D’Emic handled the 27 felony cases, and Criminal Court Judge Keisha Espinal handled the 53 misdemeanor convictions. Because the records in these cases have been sealed, the exact number of defendants remains unknown, but statements made during a court hearing on the vacations suggest that most defendants had only one charge.

Gonzalez’s office said that only one of the defendants took his case to trial. Gonzalez said that the Brooklyn cases were at least 10 years old, limiting his office’s ability to reinvestigate Franco, but that “After a grand jury reviewed the evidence and indicted former Detective Franco, I have lost confidence in his work.”

During a virtual hearing before D’Emic on April 7, 2021, attorneys with Legal Aid and Brooklyn Defenders Service made individual motions on behalf of the defendants to overturn their convictions. Each time, Assistant District Attorney Matthew Hale, the head of the district attorney’s Post-Conviction Justice Bureau, said his office did not oppose the motion and then read from a prepared statement that mentioned Franco’s indictment in Manhattan and his termination by the police department.

The former detective’s conduct in Manhattan occurred after the prosecution of this defendant and therefore could not have been known or discovered by the people or the defendant at the time of his prosecution. The people have not discovered that the defendant’s conviction was based on fabricated evidence or that the defendant is in fact innocent. In addition, the people have not discovered evidence to suggest that probable cause did not exist with the defendant’s arrest. Nevertheless, pursuant to prosecutorial discretion, the people do not oppose vacating defendant’s conviction and dismissing the accusatory instrument. The district attorney has determined that under these circumstances the vacatur of the drug related conviction serves the interest of justice, preserves limited resources, enhances public safety and strengthens trust in the criminal justice system.

As part of the agreement, none of the defendants was refunded fees or penalties associated with their convictions.

D’Emic vacated each conviction and dismissed each indictment. After the dismissals of the Brooklyn cases, Maryann Kaishian, senior policy counsel with Brooklyn Defender Services, raised questions as to whether the misconduct began and ended with Franco.

This is not a case of a single bad actor. Franco was a member of NYPD units in multiple boroughs operating as a team. He rose through the ranks from an undercover narcotics officer in Brooklyn to a detective in Manhattan, his promotions establishing him as an example of valued police work. Other NYPD members facilitated his abuses, watched him harm New Yorkers, followed his orders, and learned from his conduct. It would be foolish to believe that the abuse alleged in these indictments is limited to his individual conduct in those specific cases.

The Bronx County District Attorney's Office also has identified 150 cases in which Franco served as a principal officer. It is currently analyzing those cases to determine which should be vacated because the district attorney has lost confidence in the reliability of the convictions. Vance’s office said in April 2021 that it would likely dismiss approximately 90 additional cases where Franco was the principal officer involved in the initial arrest.

To report an error or add more information about this case, click here or email info@exonerationlist.org
Posting Date: 04/7/2021
Last Updated: 04/7/2021