More than 70 defendants in Camden, N.J. had their convictions vacated and charges dismissed based on misconduct that led to federal charges being filed against five city police officers. 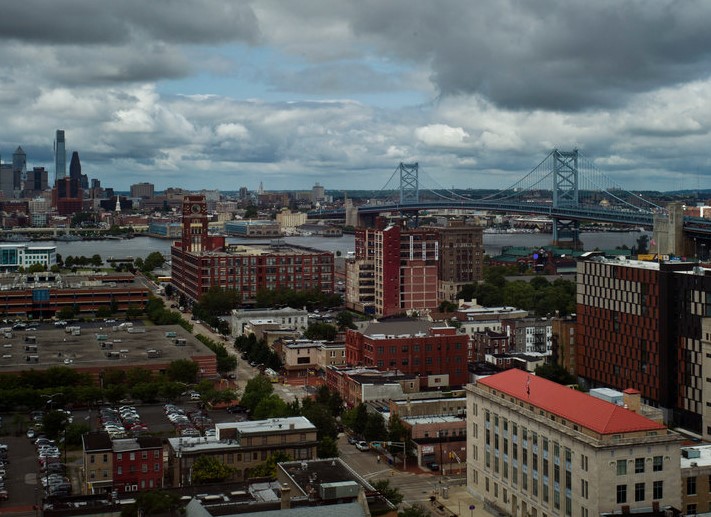 For years, residents of Camden had complained about mistreatment by police officers who patrolled this city of 76,000. Camden is just across the Delaware River from Philadelphia, Pennsylvania, and is one of America’s poorest cities. Approximately 30 percent of residents live in poverty. Illegal drugs are rampant, and while most residents want the police to keep their neighborhoods safe, there was and still is widespread distrust of officers and the tactics they used to make arrests.

In 2010, five officers were charged in the U.S. District Court for the District of New Jersey with a wide range of crimes and civil-rights violations. The officers worked in the Camden Police Department's Fourth Platoon, aimed at combatting the illegal drug trade in Camden. Three of the officers – Kevin Parry, Jason Stetser, and their supervisor, Dan Morris – pled guilty. The other two officers – Officers Antonio Figueroa and Robert Bayard – went to trial.

The Federal Bureau of Investigation investigated the officers after the Camden County Office of the Public Defender asked the Camden police department’s Internal Affairs unit to examine complaints about officer misconduct more vigorously. In later litigation, plaintiffs alleged that the officers’ actions went undetected because of a breakdown in internal affairs, which was understaffed and used antiquated systems.

According to the indictments and bills of information, the officers:

The charges only referenced misconduct between May 2007 and October 2009, but other court documents state that the misconduct began at least in 2005. Parry and Bayard joined the Camden police in 2006. Stetser and Figueroa joined in 2003, and Morris, the supervisor, joined in 1986. He retired on disability just before he was charged.

None of the arrests involved substantial amounts of drugs. Available records do not report how many of the defendants went to trial, but most chose to plead guilty rather than risk a jury verdict. Often, the defendants had prior criminal records, and their attorneys told them that their accounts were unlikely to be believed by jurors. In one instance, Robert Henderson pled guilty three separate times to charges derived from wrongful arrests tainted by the officers’ misconduct. In addition, the officers often tacked on school-zone enhancement charges, which created the potential for stiffer punishment. This was easy to do because Camden is a tightly packed city and few places within its dense, urban core are far from a school.

Robert Henderson’s wrongful arrest was one of the earliest. He said that Stetser approached him on July 24, 2006 and asked him where the officers could find illegal drugs and the persons selling them. Henderson said he didn’t know. Stetser then pulled a baggie from his pocket, which Henderson said appeared to contain cocaine, and again demanded to know the location of drug dealers. Henderson said he could not help the officer. Stetser arrested him and the state charged him with possession of the bag of drugs that Stetser had showed him. Henderson faced three possession counts, including an enhanced count because the arrest took place within 1,000 feet of a school.

Unable to make bail, Henderson remained in the Camden County Jail for 11 months, and then pled guilty to a single count on June 18, 2007. He was given non-custodial probation and released. He would be arrested and plead guilty twice more for drug crimes based on the misconduct of Stetser and his fellow officers. While Henderson only received probation for the second conviction, he spent seven months in jail, awaiting trial. For the third conviction, he received a three-year prison sentence in October 2009. He was released on March 19, 2010, after his conviction was vacated and charge dismissed. The previous two convictions were vacated on December 18, 2010.

These three officers testified at the trial of Figueroa and Bayard, describing in detail the workings of the Fourth Platoon and how the officers planted evidence and made unlawful arrests. Attorneys for Figueroa and Bayard said that Stetser, Parry, and Morris were the only crooked officers and that they were trying to spread the blame to reduce their sentences. In addition, they said that many of the people who were arrested by the officers had extensive criminal records and were likely engaged in criminal behavior.

Deputy U.S. Attorney William Fitzpatrick responded, “the Constitution applies not just to the good, but to the bad.” The police, he said “cannot plant evidence,” or “steal money or bully consent to search someone’s house.”

The trial also revealed another possible early thread in the investigation, which began with a detective named Bill Wiley, who was part of the city’s fugitive task force and had been assigned to capture an allegedly dangerous drug dealer named Ron Mills. The official report, filed by Stetser and other members of the Fourth Platoon, said Mills had escaped arrest by outrunning the officers six weeks earlier.

Wiley arrested Mills on March 11, 2009, arriving with a police dog and seven officers wearing helmets. To his Wiley's surprise, Mills weighed more than 300 pounds and walked with a cane. Wiley filed a complaint with Internal Affairs, pointing out the discrepancy.

Figueroa, whose friendship with Stetser earned him the nickname “Baby Fat Face,” was convicted by a jury in U.S. District Court on December 29, 2011. Bayard was acquitted.

Figueroa was sentenced on September 7, 2012, to 10 years in prison. At his sentencing hearing, Figueroa fought back tears as he tried to explain his actions. He said members of his family had been harmed by drugs and that he became a police officer to fight the problem. He was often afraid when he went to work, but “I was more afraid of what drugs were doing to the city of Camden.”

But Judge Robert Kugler of the U.S. District Court said those explanations fell short. He said Figueroa and the three officers who pled guilty “had shattered the community trust” and “cast a pall” over the work of honest police officers.

The Camden County Prosecutor had begun filing motions to vacate convictions and dismiss charges even before the officers were indicted. Rather than waiting for individuals to come forward, the prosecutor’s office audited cases and then dismissed those that relied on the testimony or reports of the officers. As word of the dismissals spread, other potential victims of the officers’ misconduct came forward. Ultimately, at least 50 convictions were vacated.

Almost all the vacations occurred in 2010, after the officers were arrested, but Antwyne Rolax’s conviction was vacated several months before Parry was charged. According to a lawsuit Rolax filed against the officers and the city of Camden, his house was searched without a warrant or consent on December 27, 2007, and he was charged with possession and intent to distribute marijuana. The report written by Stetser and Parry falsely claimed they had found the marijuana during a search, and Parry would later falsely testify at a suppression hearing about what had happened during the search. Rolax spent a year in jail awaiting trial. He pled guilty on November 12, 2008, and was sent to prison after the arrest triggered a probation violation. His conviction was vacated on December 8, 2009.

Even before Figueroa and Bayard had gone to trial, Camden exonerees had filed lawsuits against the city and the officers for violations of their civil rights. The lead lawsuit was filed on July 29, 2010 by the New Jersey chapter of the American Civil Liberties Union on behalf of Joel Barnes. It was eventually joined with lawsuits filed in state and federal court by 87 other persons, including several who were never convicted and had their charges dismissed after the misconduct by the officers was brought to light.

On August 8, 2008, Joel Barnes was at a friend’s house, trying to get ready for a party, when Bayard and Figueroa entered without a warrant and told the people inside to get in the kitchen. Barnes was handcuffed and then searched. All he had was some money, a cellphone, and his keys. Figueroa then took Barnes outside and placed him a police van, where he remained for about an hour.

Every so often, Barnes said, Figueroa would return to the van and ask Barnes, “Where’s the shit at?” Barnes said he didn’t know. Then, Figueroa said the officers had found drugs and that Barnes was going to jail. He was taken to a police car and again waited. Figueroa and Bayard returned, this time with a baggie of drugs, and said to Barnes, “Tell us where the shit at, and we can make this disappear.” Barnes would later say that the officers acknowledged the drugs were not his, but that they carried a far lighter punishment than anything that would be found in the house. Barnes still said he knew nothing, and he was arrested and charged with three counts of possession, including one with a school-zone enhancement.

While Barnes initially entered a not-guilty plea, he changed his mind as his trial neared. He would later state that he didn’t think a jury would believe his word over those of the officers. He pled guilty on February 23, 2009, to a single count of possession within a school zone and was sentenced to prison. His conviction was vacated on June 8, 2010.

In the opening statement to the lawsuit, Barnes’s attorneys wrote: “Our criminal justice system hinges on the honesty of law-enforcement officials. The public and the judiciary depend on the integrity of police officers. When officers transgress clear ethical boundaries, society loses faith in the fairness of the criminal process. When officers lie to obtain a conviction, they needlessly shatter the lives of the people they erroneously condemn.”

The lawsuits were settled on January 10, 2013, with Camden agreeing to pay 88 defendants $3.5 million. One defendant chose to go to trial and was unsuccessful in his lawsuit. Separately, 16 defendants also received compensation totaling $649,000 from the State of New Jersey for their wrongful convictions.

Known members of this group exoneration

To report an error or add more information about this case, click here or email info@exonerationlist.org
Posting Date: 03/11/2020
Last Updated: 03/11/2020