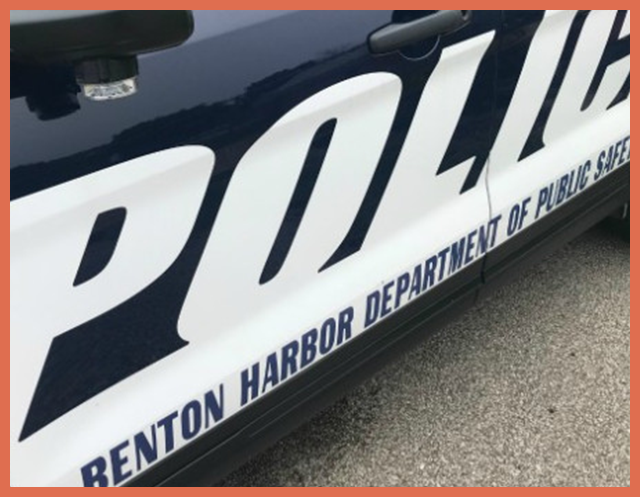 Between 2004 and 2008, the two officers who comprised the narcotics unit of the police department in Benton Harbor, Michigan, falsified search warrants, planted drugs on suspects, and seized money from the men and women they arrested. The officers also embezzled funds from the department. Although precise records are not available, the officers wrongfully arrested approximately 85 people for drug possession and related crimes. According to the local district attorney, the court dismissed charges for about 20 of those people and vacated convictions for about 65 others after the misconduct by the officers came to light.

Officer Andrew Collins had joined the police force in 2003 at the age of 21. Two years later, he began working narcotics cases on his own. A year later, Corporal Bernard Hall Jr. joined him as the unit’s supervisor. There were some questions about Collins’s aggressive tactics almost from the beginning, and leaders saw Hall, a former school-resource officer, as someone who would be a steadying influence and make sure Collins followed the rules.

Narcotics officers gather information in several ways. They can get tips from confidential informants. They also can use those informants to make controlled buys. Both practices generate information used in search warrant applications.

Collins admitted that he planted drugs on at least one defendant prior to Hall becoming his supervisor. He stated, however, that the more systematic misconduct began after they became a team. He said the illegal warrants began when they received tips on drug activity from people who were not signed up and did not want to be vetted as confidential informants. That made the tips less trustworthy. Collins and Hall falsified the warrants by attributing the tips to a properly verified confidential informant, shortcutting additional investigatory work needed to verify the information. Sometimes, as in the case of Omar Boyd, the officers lied about the amount of drugs they had recovered.

Omar Boyd said Officer Andrew Collins stopped him in February 2005 for having tinted windows. Collins asked him to get out of the car and inquired whether he had any drugs. Boyd admitted to a small amount of marijuana. Collins searched the car and found about 14 grams, approximately one-half ounce, which was a misdemeanor. Another officer came by and suggested that Collins just let Boyd go. But Collins took Boyd to jail, and then a short while later reported finding 56 additional grams of marijuana. This increased the offense to a felony. Although Boyd knew that marijuana wasn’t his, he also knew the court would balance his word against Collins’s. He pled guilty and was sentenced to a year in prison. It is not clear whether his conviction was vacated, although he reached an undisclosed settlement with the City of Benton Harbor.

In August 2006, Collins and Hall saw David Moss riding a bicycle in downtown Benton Harbor. He had an outstanding warrant, so the officers approached him. As they approached, they allegedly saw Moss throw a bag under a car. Hall retrieved the bag and identified many smaller bags of crack in it. Moss asked to make a deal. Moss was never arrested. He was sent on his way, and the bag of drugs ended up in a Crown Royal bag under Collins’s desk. Moss subsequently helped the officers arrest Benny Newman, who was convicted and sentenced one year in prison for drug possession in 2006 before his conviction was vacated.

Those drugs formed the seed corn for future misconduct. Collins would take small amounts of the crack – and eventually other similarly seized drugs – and report that they had been purchased in a controlled buy. The crime lab confirmed the contents, and Collins would submit the evidence in search warrant applications. Collins later insisted that these false buys were just a way to get in the door and never constituted the substance of a case. But that was not true. The officers at times even planted drugs on suspects to make arrests.

The officers applied for and executed approximately 90 falsified search warrants before their misconduct was uncovered. Many of the defendants had previous convictions for drug crimes, and most pled guilty quickly to avoid the risk of a higher prison sentence at trial. Several defendants, such as Jeffrey Carter, vigorously contested their charges and sought to suppress the evidence gained through the search warrants. In the case of Paul Williams, Collins lied on the witness stand during testimony about what he had observed during surveillance.

Jeffrey Carter was arrested in March 2007 after Officer Andrew Collins said in a search-warrant application that a confidential informant had bought crack at Carter’s house. When Collins and Officer Bernard Hall Jr. raided the house, they said they found 100 grams of cocaine. Carter’s case was serious enough to be handled in federal court. Carter’s attorney moved to suppress the evidence, challenging the search warrant. The assistant U.S. attorney prosecuting the case asked to meet with the officers’ informant. Collins and Hall pushed back, knowing there was no such informant, and the prosecutor eventually relented, vouching for the officers’ credibility before the court. At an evidentiary hearing, Collins and Hall both falsely testified about the controlled purchase. The defense motion was denied, and Carter pleaded guilty and was sentenced to 11 years in prison. The court vacated his conviction in February 2009.

Just before Officer Andrew Collins was arrested in January 2008, he had testified at the trial of Paul Williams, who was arrested in October 2007 and charged with possession of cocaine. Williams said Collins and Hall planted the drugs at his residence and lied in an effort to seize his vehicle under civil forfeiture laws. Collins later admitted that he lied on the witness stand when he said that he had seen Williams driving the car during the surveillance period.

“I knew Bernard [Hall] wouldn’t have known that because I had just made it up on the stand. So while there was a break, I told Bernard what I had said so that he may, if they asked him, he would know what I had said.”

The court convicted Williams on January 18, 2008, and sentenced him on February 25, 2008 to a maximum of 40 years in prison. This took place one week after an internal police investigation found drugs in Andrew Collins’s lockbox at the police station. The court vacated Williams’s conviction on December 23, 2008.

As Hall and Collins grew more comfortable with each other as partners, their misconduct became bolder. On January 18, 2007, they arrested Brian McKinney and Dunshan Evans, charging each with possession of marijuana. (They pled guilty and their convictions were later vacated.) Because they found only a small amount of drugs, Collins proposed that they seek reimbursement for money they allegedly paid an informant but then pocket the money. Hall agreed.

Collins testified, “So after that, it was, you know, I figured he was down for whatever we were going to do.” This became a habit. The officers embezzled from the police department by receiving reimbursement for drug buys that never happened. They also began taking money from defendants, and then under-reporting the amount of cash recovered in the evidence reports.

“I think it got to the point where we would talk about it,” Collins said. “So I asked him, I said, ‘Do you think God cares if this is drug money that we are stealing?’ And he kind of, you know, shook his head and said, ‘I know, I know, it’s been hitting me too.’ We both said, ‘let’s stop, let’s stop, let’s start doing things right.’ Then, you know, just the addiction to the money, the next person we would arrest would have a couple thousand dollars on him, and we would take money from him. It just kept happening that way. We would try to stop, and then we wouldn’t.”

Benton Harbor is one of Michigan’s poorest cities, and its population of about 10,000 is predominantly African-American. Both Collins and Hall are white, and Collins in particular faced numerous complaints for his aggressive policing tactics. The police department suspended him for five days in 2007 for pushing his way into a house without having a warrant.

On February 19, 2008, Hall told Sgt. Randel Pompey that Collins had some marijuana on his desk that had not been properly inventoried. Pompey, who was already looking to reassign Collins, told Hall to make sure Collins placed the drugs in the evidence locker by the next morning. Collins failed to do so; this was the last straw for Pompey. On February 20, Pompey conducted an administrative search of the officers’ work area, and found the lockbox under Collins’s desk. Collins tried to dispose of the contents. Pompey eventually found the 14 grams of cocaine, some heroin and some marijuana from the box in a garbage can. Most of the cocaine was ready for sale, in 47 small baggies.

The police department fired Collins that day and the federal court indicted him on November 26, 2008 on a single count of possession of cocaine. He cooperated with the Federal Bureau of Investigation and the U.S. Attorney’s office, detailing the methods he and Hall used to falsify warrants, make wrongful arrests, and shore up each other’s testimony in the instances where they were called to vouch for the truth of the warrants.

Hall was indicted on July 16, 2009 on three counts: conspiracy to violate civil rights, giving false declaration to a grand jury and giving a false statement to the FBI.

Collins pled guilty in U.S. District Court for the Western District of Michigan on January 26, 2009 to his single possession count. He was sentenced to 37 months in prison. Hall pled guilty in U.S. District Court on August 25, 2009 to the conspiracy charge. At his sentencing hearing in March 2010, he asked for leniency, asserting that Collins had been the driving force behind the illegal activity and that he had executed only a handful of the falsified search warrants. Judge Robert Bell held Hall as culpable as Collins, noting that they had made the work of Benton Harbor’s police officers even more challenging by eroding the fragile trust between the police and the community. “And that has to lay at your feet, along with Mr. Collins. Frankly, I think more at your feet. Because you were the experienced one, you were the older one, you were in charge, whether he wanted to acknowledge it or not.” He sentenced Hall to 30 months in prison.

In the wake of the scandal, 85 plaintiffs – some whose charges were dismissed prior to trial – filed lawsuits against Collins, Hall, and the city of Benton Harbor.

These complaints detail the misconduct and the hopelessness of the defendants. For example, Sherrod Sallie was stopped on July 9, 2006. He said Hall and Collins planted 10 bags of heroin in his car and then arrested him. Because neither his defense attorney nor the prosecutor knew of the misconduct, the case resolved quickly. Sallie said he had no option other than to plead guilty.

Court records suggest settlements were reached in approximately 90 percent of the complaints. Most of the settlement amounts have not been publicly disclosed. The largest of the handful of settlements made public was $176,160 to Newman. The smallest was $28,800 to Dominique Blackwell, who was convicted on drug possession charges in 2006 and served 90 days in jail and was then required to wear a police monitor.

Known members of this Group Exoneration

Here are the persons whose convictions were vacated based on the misconduct in this case. Because court records are incomplete and unavailable, this list does not include all the approximately 65 members of this group. Names with hyperlinks are listed in the Registry as individual exonerations.

To report an error or add more information about this case, click here or email info@exonerationlist.org
Posting Date: 08/6/2019
Last Updated: 08/6/2019