Nearly 90 defendants had their convictions vacated after a sheriff's deputy in Jackson County, Florida was found to have planted drugs and falsified arrest reports of traffic stops. 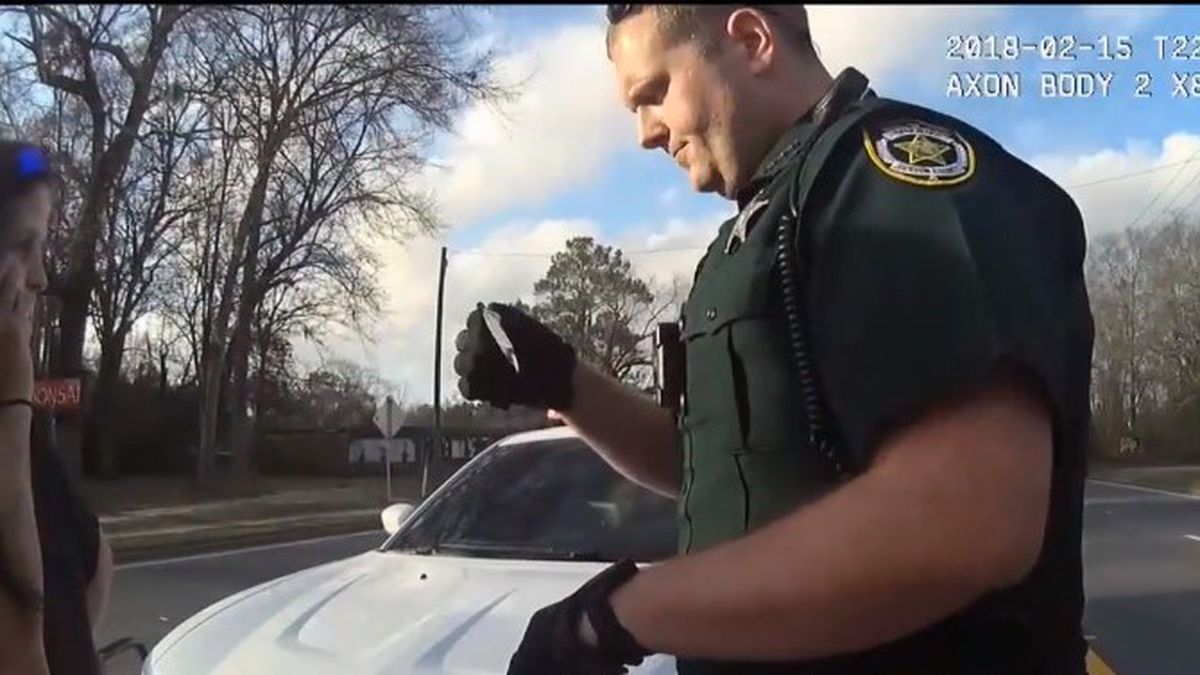 Jackson County hired Zachary Wester as a sheriff’s deputy in May 2016. The rural county is an hour west of Tallahassee, in Florida’s panhandle.

According to court records and news reports, the misconduct by Wester that led to the wrongful convictions usually began with a routine traffic stop. After the stop, Wester would ask the motorists to consent to a search of their cars and most agreed.

One such incident took place on February 15, 2018, when Wester stopped Teresa Odom on U.S. 231 near the town of Cottondale. He wrote in his arrest report that he pulled her over because her brake light wasn’t working properly.

During the stop, Odom told Wester that the wiring had gotten wet during some recent rain. Wester asked whether Odom would agree to a search and if there was anything he should know about. “Absolutely nothing,” she said, when agreeing to the search.

Nothing in Wester’s report indicates why he asked to search Odom’s truck. But a few minutes later, after rummaging around in her vehicle, Wester emerged with a tiny white baggie that he said he had fished out of Odom’s purse. She denied any knowledge of the substance, but Wester said it needed to be tested. After the field test came back “positive,” the other deputy told Odom that she was headed to jail.

According to the Tallahassee Democrat, Odom was on her cellphone while the search was taking place, and she told a friend: "It damn sure ain't mine. I'm under arrest, OK. I love you."

Odom would plead guilty a month later to possession of methamphetamine and drug paraphernalia. She was placed on probation for four years.

While complete records aren’t available, the dockets of the known defendants indicate that each person pled guilty to the charges, which were typically for possession of small amounts of marijuana or methamphetamine and related offenses. Because of these plea arrangements, the attorneys for the defendants rarely – if ever – studied the video footage submitted as part of the evidence.

In May of 2018, Christina Pumphrey joined the State Attorney’s Office for the 14th Prosecutorial District, which includes Jackson County.

She would later say that it wasn’t long after starting her job that she began hearing from public defenders that there was something amiss with Wester’s arrests. The clients of the public defender’s office were poor and many had previous arrests. They stood little chance of being believed if they argued that Wester framed them.

Pumphrey began studying the video footage that accompanied the arrests. She noticed that the footage often didn’t match up with the arrest reports, and that she didn’t think the searches were conducted legally. In addition, Pumphrey noted the statements of the defendants after Wester said he had found drugs. “It wasn't, ‘OK, crap, I'm busted,’” she would later tell The Appeal. “It was, ‘What do you mean?’”

She continued to study the footage, then approached the sheriff’s office, which began an internal affairs investigation and took Wester off of patrol duty. That summer, Pumphrey again reviewed the video from Odom’s arrest, playing it back in slow motion. She saw what appeared to be a baggie in Wester’s hand before he began the search on Odom’s car.

The sheriff’s office placed Wester on administrative leave on August 1, 2018, and fired him on September 10. Odom’s convictions were vacated and her charges dismissed on September 18, 2018. Wester had arrested hundreds of people in Jackson County.

After he was placed on leave, the state attorney’s office began dismissing cases in which Wester was the arresting officer. Separately, the state attorney’s office identified 88 defendants who had been convicted. It then moved to vacate their convictions and then dismissed their charges. The motions said that an investigation into Wester’s conduct had “revealed facts that undermine the state’s confidence in this case.”

Deputy Zachary Wester arrested Justin Creamer on July 5, 2017, after he stopped a car Creamer was riding in. Wester had been traveling in the other direction, but he told the driver, Jason Faircloth, that he had seen a crack in Faircloth’s windshield in the afternoon glare.

Wester searched the car and said he found 1.2 grams of methamphetamine and a syringe. A field test reported that the items tested positive for drugs, but, as Creamer would note in a lawsuit he filed in 2019, “Whether they did or did not field test as positive is irrelevant because they were not in the subject vehicle prior to the illegal search by Wester.”

Creamer was charged with possession of drugs and drug paraphernalia. He pled guilty on August 22, 2017, and was placed on probation. Creamer was arrested again by Wester two months later. In that second arrest report, Wester said that he noticed a strong smell of marijuana after he stopped the car Creamer was riding in.

Wester said he searched the car and found marijuana, methamphetamine, and drug paraphernalia. Creamer would later say that Wester planted these drugs as well. Because Creamer was on probation at the time of his arrest, the state moved to rescind his probation and give him an active prison sentence, which began on February 28, 2018.

On October 3, 2018, after Wester’s misconduct came to light, the district attorney dismissed the new charges against Creamer and vacated the conviction on the previous charges. Creamer later filed a lawsuit in U.S. District Court for the Northern District of Florida against Wester and the Jackson County Sheriff’s Office.

The Jackson County Sheriff’s Office arrested Wester on July 10, 2019. He was later charged in a 52-count criminal information on July 22, 2019. The charging document was amended on January 14, 2020, with additional charges totaling 76 counts of racketeering, official misconduct, perjury, fabricating evidence, possession of a controlled substance, possession of drug paraphernalia, and false imprisonment. The perjury charges are based on allegations that Wester made false statements on his arrest reports, as opposed to giving false testimony in court.

Benjamin Bowling and his girlfriend, Shelly Smith, were on the way to the store to get diapers when Deputy Zachary Wester pulled them over on October 2, 2017. He said the vehicle’s tag lights weren’t working.

In his arrest report, Wester said that he smelled marijuana smoke coming from the car. He asked Smith about it, and she said that neither she nor Bowling were in possession of any drugs.

Wester claimed she then consented to a search. Wester said prior to his search, he saw Bowling make a “furtive gesture” with his left hand toward the center console. Wester also said that he saw a small amount of marijuana, referred to as “shake” in the passenger floor.

Wester searched the vehicle and said he found three baggies that field-tested positive for methamphetamine. Bowling was arrested and charged with possession of methamphetamine and possession of drug paraphernalia. Wester said that Bowling told him that he had given a friend a ride in the past week and the drugs must have been his friends.

In his arrest report, Wester said his body camera was activated during the incident. After his arrest, Bowling lost custody of his daughter. He pled guilty to both counts on January 16, 2018, and was placed on probation and served three days in jail. A subsequent investigation by the Florida Department of Law Enforcement (FDLE) found several problems with the arrest.

First, despite Wester’s statement that he had engaged his body camera, the file contained no video footage. In addition, Wester placed no marijuana – the “shake” that Wester said he saw –into evidence. In an interview with the FDLE, Bowling said that Wester had not used gloves to search Smith’s side of the car but had put them on for his side. In addition, Bowling said that while he told Wester he did smell marijuana, he also said that he told the deputy that he thought the smell was coming from Wester's car, not Smith’s car.

After he was arrested, Bowling took a drug test, which came back clean. Prior to his plea, he asked for the video evidence but never received it. Bowling’s convictions were vacated and his charges dismissed on September 20, 2018.  He later filed a lawsuit in U.S. District Court in the Northern District of Florida against Wester and the sheriff's office.

The Florida Department of Law Enforcement (FDLE) led the investigation into Wester’s misconduct.

In an affidavit filed as part of the arrest warrant, investigators noted a common pattern in Wester’s searches. They also noted that he often switched off his body camera at critical points during his interaction with defendants.

After placing Wester on administrative leave, officers with the Internal Affairs division of the Jackson County Sheriff’s Office searched his patrol car. According to the FDLE affidavit, the officers found two small plastic containers hidden in a tactical glove in the car’s console organizer. Both containers held small amounts of methamphetamine.

In the trunk, officers found methamphetamine, marijuana, and drug paraphernalia inside an unmarked and unsecured evidence bag. The items included rolling papers, plastic baggies, a pipe, and a syringe. The sheriff’s office said none of the items were labeled with identification that would connect them to a legitimate investigation.

Wester’s criminal trial has been delayed because of the COVID-19 pandemic. More than 40 persons, including defendants who had charges dismissed before any convictions, filed lawsuits against Wester and the Jackson County Sheriff’s Office in U.S. District Court for the Northern District of Florida.

The lawsuits claim that the sheriff encouraged this behavior. According to the boilerplate language in many of the lawsuits: Defendant WESTER was acting in furtherance of the conspiracy and [the] custom and practice of Defendant Sheriff of pretextual stops, planting illegal drugs, drug paraphernalia, and contraband on citizens within the State of Florida, falsifying probable cause affidavits to effect arrests, illegally detaining and arresting citizens and others within the State of Florida and maliciously prosecuting them.

None of these cases have been resolved yet. Pumphrey transferred out of the prosecutor’s office around the time most of the Wester defendants had their convictions vacated. She also filed a whistleblower complaint, alleging she was harassed by a supervisor for bringing Wester’s misconduct to light. She later withdrew the whistleblower complaint, stating that she didn't want the issue to interfere with her new job as a public defender.

Known Members of This Group

Here are the names of known defendants who had their convictions vacated and charges dismissed based on misconduct in this case. Because court records are incomplete, this list does not include all members of this group.

To report an error or add more information about this case, click here or email info@exonerationlist.org
Posting Date: 01/13/2021
Last Updated: 01/13/2021