At least 75 people had their convictions vacated due to misconduct committed by a group of police officers in Oakland, California, known as "The Riders." 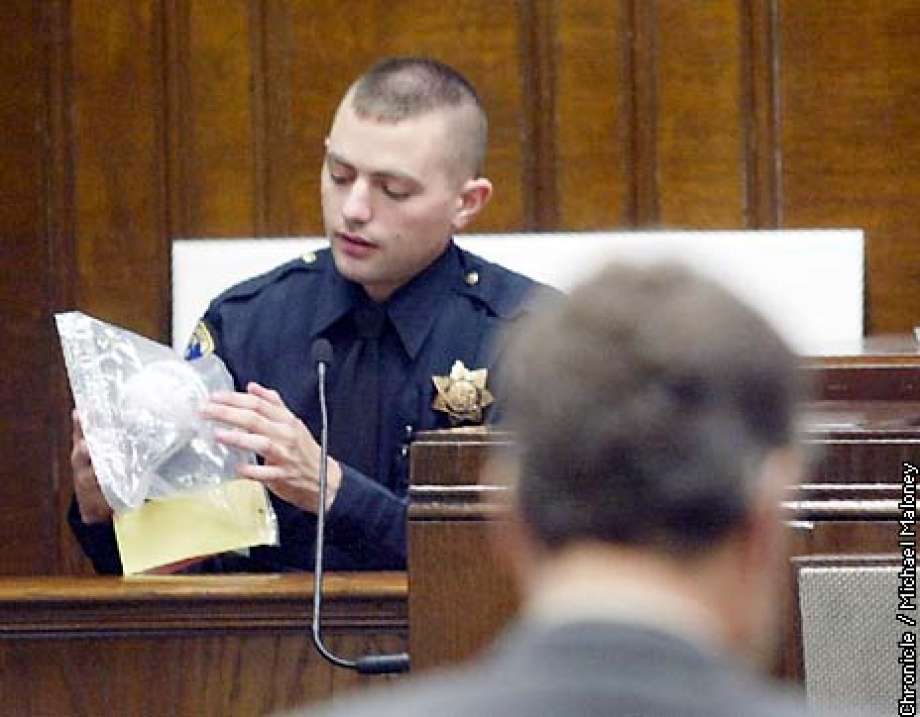 The officers, members of an anti-drug unit, worked the overnight shift and patrolled Oakland’s predominantly Black neighborhoods on the city’s west side. When the misconduct of the Riders became public in 2000, it was at roughly the same time that the Rampart scandal exploded in Los Angeles. There are considerable similarities between the two events; in particular, both involved systemic misconduct by officers who believed that in the war on drugs, the ends justified the means.

Keith Batt joined the Oakland Police Department as a rookie in the summer of 2000. He was 23 years old. He was assigned to work with the Riders as part of his training. Batt quickly became disillusioned and distraught about the tactics they used. He testified that he observed the officers beat suspects, plant drugs on them, make unjustified arrests, and file false reports.

After about two weeks on the job, Batt had seen enough. In July 2000, he filed a complaint with the department’s Internal Affairs Division and then quit. The department investigated the complaint, and on November 2, 2000, the Office of the Alameda County District Attorney filed criminal charges against four officers: Matthew Hornung, Clarence Mabanag, Jude Siapno, and Frank Vazquez. Collectively, the officers faced more than 60 charges, including kidnapping, false imprisonment, assault with a deadly weapon, and filing false police reports.

For example, Reginald White said he was on Telegraph Avenue on March 26, 2000, when Mabanag, Hornung, and some other officers arrived in an unmarked van. White said they accused him of throwing down a bag of crack cocaine, arrested him, and later charged him with possession. He was convicted two months later, on May 25, and sentenced to 16 months in prison. After the misconduct was discovered, White filed a petition for a writ of habeas corpus, which was granted on December 19, 2000. His charges were dismissed and he was released from prison.

Willis Wilson said Vazquez and another officer approached him on February 4, 1999, and asked Wilson to sell them an illegal drug. He refused and said he had none. Vazquez asked again, and Wilson again said he had no drugs to sell.

In a civil rights lawsuit filed April 13, 2001, Wilson said that the officers threw him on the ground and began beating him. Other officers showed up, and Vazquez claimed that Wilson had sold him two pieces of crack cocaine. Wilson was arrested and charged with possession. He was convicted on April 26, 1999, sentenced to four months in the Alameda County Jail, and ordered to pay fines and restitution. His conviction was vacated and charges dismissed on February 2, 2001.

Much of the misconduct attributed to the officers didn’t result in wrongful convictions because the events happened around the time that Batt filed his complaint. The district attorney dismissed charges against these defendants before their cases went to trial. But these persons also said the officers planted drugs, beat them with sticks, and subjected them to racial profiling and name-calling. While officials attributed the officers’ misconduct to vigilantism, outside observers suggested that the Riders viewed robust arrest figures as a way to advance in the department.

Mabanag, Siapno, and Hornung faced trials in Alameda County Superior Court. Vazquez never stood trial. He fled to his native Mexico after charges were filed and is still considered a fugitive.

Batt served as the state’s key witness at the trial, which began in September 2002 and took nearly a year to complete. While almost all the persons who claimed the officers had committed misconduct were Black, none of the jurors was. Attorneys for the officers tried to discredit Batt by asserting that he altered police reports and became disgruntled when he realized he was not cut out for the fast pace of an urban police force. They also noted that many of the persons who were the subject of the misconduct had extensive criminal records that undermined their credibility as witnesses.

When the trial ended in late 2003, jurors acquitted the three officers of some charges and deadlocked on the remaining charges. A second trial was nearly as long as the first and ended in 2005 with similar results. There was no third trial. Hornung later received $1.5 million from the city to settle a lawsuit claiming wrongful termination. Batt received $625,000 after he sued the city for emotional distress.

Prior to the resolution of these criminal cases, defendants who said they had been wrongfully arrested by the officers had begun filing civil rights lawsuits against Oakland, its police department, and the officers. Eventually, 119 defendants, including many who had been arrested but never convicted, joined the litigation, most of which was filed in U.S. District Court for the Northern District of California. On January 23, 2003, while the first criminal trial of the officers was underway, the city settled with the plaintiffs for $10.9 million. Equally importantly, the parties entered into a “Negotiated Settlement Agreement” that provided a detailed framework for conduct by and oversight of the police department. The agreement paid special attention to monitoring alleged misconduct, including use of force by officers, and to the internal affairs investigations into that misconduct.

The opening statement of the agreement says: “The City of Oakland and the plaintiffs share a mutual interest in promoting effective and respectful policing. The parties join in entering into this Settlement Agreement to promote police integrity and prevent conduct that deprives persons of the rights, privileges and immunities secured or protected by the Constitution or laws of the United States. The overall objective of this document is to provide for the expeditious implementation, initially, with the oversight of an outside monitoring body, of the best available practices and procedures for police management in the areas of supervision, training and accountability mechanisms, and to enhance the ability of the Oakland Police Department to protect the lives, rights, dignity and property of the community it serves.”

The settlement dissolved after seven years but was replaced in 2011 by a “Memorandum of Understanding” that required the police department to remain compliant with the reforms it had implemented and to continue to maintain independent monitoring of its reforms. The new agreement, wrote Judge Thelton Henderson of the U.S. District Court for the Northern District of California, allowed the federal courts “to continue to exercise jurisdiction of this action for all purposes, consistent with the goal of achieving institutional reform.”

That monitoring continued in 2020.

Limited public information is available on members of this group. But these five men all had their convictions vacated: Dione Coleman, Melvin Maxwell, Reginald White, Willis Wilson, Jason Robinson.

To report an error or add more information about this case, click here or email info@exonerationlist.org
Posting Date: 04/3/2020
Last Updated: 04/3/2020